To produce hydrogen gas and illustrate some of its properties.

To show how hydrogen can be a useful source of energy, which may be considered as an alternative resource to fossil fuels.

Biomass
The organic content making-up organisms, which can be used as a source of fuel.

Relative Atomic Mass
A ratio comparing the average mass of one atom of a particular element with one-twelfth of the mass of one carbon-12 atom.

Tarnish
Enhanced dullness or lack of brightness when exposed to air or moisture.

Step 1
Fill a bowl with water and add some detergent to it, this will cause lather to form.

Step 2
Cut a small amount of aluminium foil to small pieces and place them in a flask.

Step 4
Quickly, attach the balloon to the tip of the flask and observe its expansion.

Step 5
After a few minutes (about 2-5 minutes), remove the balloon with care in order to prevent the gas from escaping.

Step 6
Bubble the gas present within the balloon into the water.

Step 7
Place a match near the water surface and observe what happens.

Hydrogen molecules collide with oxygen to produce an explosive burst, however, this does not occur at normal temperatures, because the presence of a flame is a requirement for such a reaction to occur. This collision is similar to that of two cars travelling in opposite directions to each other. If the two cars are moving at very slow speeds, then the collision produces minimal damage, if at all, however, if the two vehicles are moving very fast towards each other, then the collision would result in a catastrophic burst of energy which causes a larger scale destruction of the two cars.

Therefore, the flame introduced causes a rise in temperature, where both hydrogen and oxygen are supplied with energy, making them move faster, just like the two cars. The two molecules travel so fast, that a head-on collision with one another would result in the production of a burst of energy, experienced as an explosion.

These collisions are able to cause other collisions, just as a car crash causes chaos to other drivers, which may lead to several other accidents, then the collision of one hydrogen and oxygen molecules can also cause other molecules to collide. In nature, each burst of energy from a collision is transferred to neighbouring molecules, making them more energetic and faster, hence, causing multiple collisions.

Why is it better to make use of small pieces of aluminium foil?
The smaller the pieces, the greater the surface area exposed upon reaction with sodium hydroxide, hence, the reaction occurs faster.

Why is the reaction initially slow but then it suddenly speeds up?
Aluminium is covered by an unreactive layer of aluminium oxide.

Why is it that as the reaction progresses the flask becomes warm?
The reaction is an exothermic reaction. That is, heat is being generated and released to its surroundings.

Why does the hydrogen balloon float in the air?
Hydrogen is lighter than air.

Hydrogen does not combust when stored in the balloon. Why?
Hydrogen within the balloon is excluded from both oxygen and high temperatures, thus, ignition does not occur.

Air is a mixture of gases, mainly of oxygen and nitrogen.  Other minor gases in air include carbon dioxide, argon and water vapour. In this experiment, hydrogen gas is produced.  Such gas is much lighter than any of the gases making up the composition of air, therefore, a hydrogen gas-filled balloon would float in the air. The same principle applies to other examples, such as helium gas-filled balloons, which also float in the air.

Hydrogen gas is produced as a product from the reaction between aluminium and sodium hydroxide solution.  The hydrogen, being a light gas, starts moving upwards where it can be gathered within the balloon. However, another product is also produced in this reaction, apart from hydrogen, yet this is a soluble salt that remains within the solution.

Hydrogen is a flammable gas which reacts with oxygen in air when lit and burns with a popping sound as it produces water as a product.  In fact, the laboratory test for the presence of hydrogen is to burn the gas with a lit splint, which causes its characteristic popping sound.

Hydrogen is a simple gas that is the known to be the most abundant element in the universe, however, it is overall less common on Earth.  Hydrogen can be produced in the form of molecular hydrogen from oil, natural gas, biomass or by splitting water.

The periodic table lists the values of all the relative atomic masses (RAM) for each element.  The first two elements are helium and hydrogen, whereby, when compared to the RAM of other gases in the air, it is clearly be understood why both these gases are lighter than air. The peculiar thing about this reaction is the relatively small amount of hydrogen which is initially produced, but as the reaction progresses, the substances react more vigorously, and the balloon is observed to fill up at a faster rate.  This observation is due to the occurring reaction between aluminium and oxygen in the air which causes the solid to tarnish and form a thin layer of aluminium oxide.  This oxide layer renders the aluminium unreactive, therefore, it must first be broken down for the desired reaction to occur.

The addition of sodium hydroxide solution with the aluminium foil results in the following chemical equation;

The high temperatures provided by the burning match, causes the hydrogen bubbles to ignite in the presence of oxygen.  This is an extremely quick reaction which releases a large amount of energy to produce 232 kJ/mol of water.  The energy generated causes the surrounding air to suddenly expand and produce a sudden explosion.

The gaseous reaction between hydrogen and oxygen is as follows;

Application
Current applications concerning hydrogen combustion reactions focus mainly on space research. The hydrogen combustion reaction releases a lot of energy, making it a particularly useful source for space travel. An example of this is the utilization of hydrogen fuel to power N.A.S.A rockets into space. The use of hydrogen is more favoured than fossil fuel sources, for several reasons, firstly, hydrogen is considered to be a renewable source of energy, and secondly, the by-product material at the end of the combustion process is solely water, meaning that no pollutants are produced.  Hydrogen combustion is achieved through fuel cells, where hydrogen acts as an energy carrier, whereby the chemical energy gathered through it is converted, in a very efficient manner, into electrical energy.

Research
The use of hydrogen as a source of energy is not a new concept, thus, research is continuously carried out so as to make this reaction as practical as possible.  Research at the Birmingham Centre for Fuel Cell and Hydrogen Research is working on innovative methods to convert waste material into energy.  Further research is also done to acquire scale production of fuel cells so as to have hydrogen sources of energy available for the use of the consumer.

Fill a balloon with Helium and bubble it in the soapy water.  Place the burning match in contact with the helium bubble.  What happens?  The helium balloon is also observed to float in the air, but unlike hydrogen, helium is not combustible and as a result, the burning match is extinguished in the process. 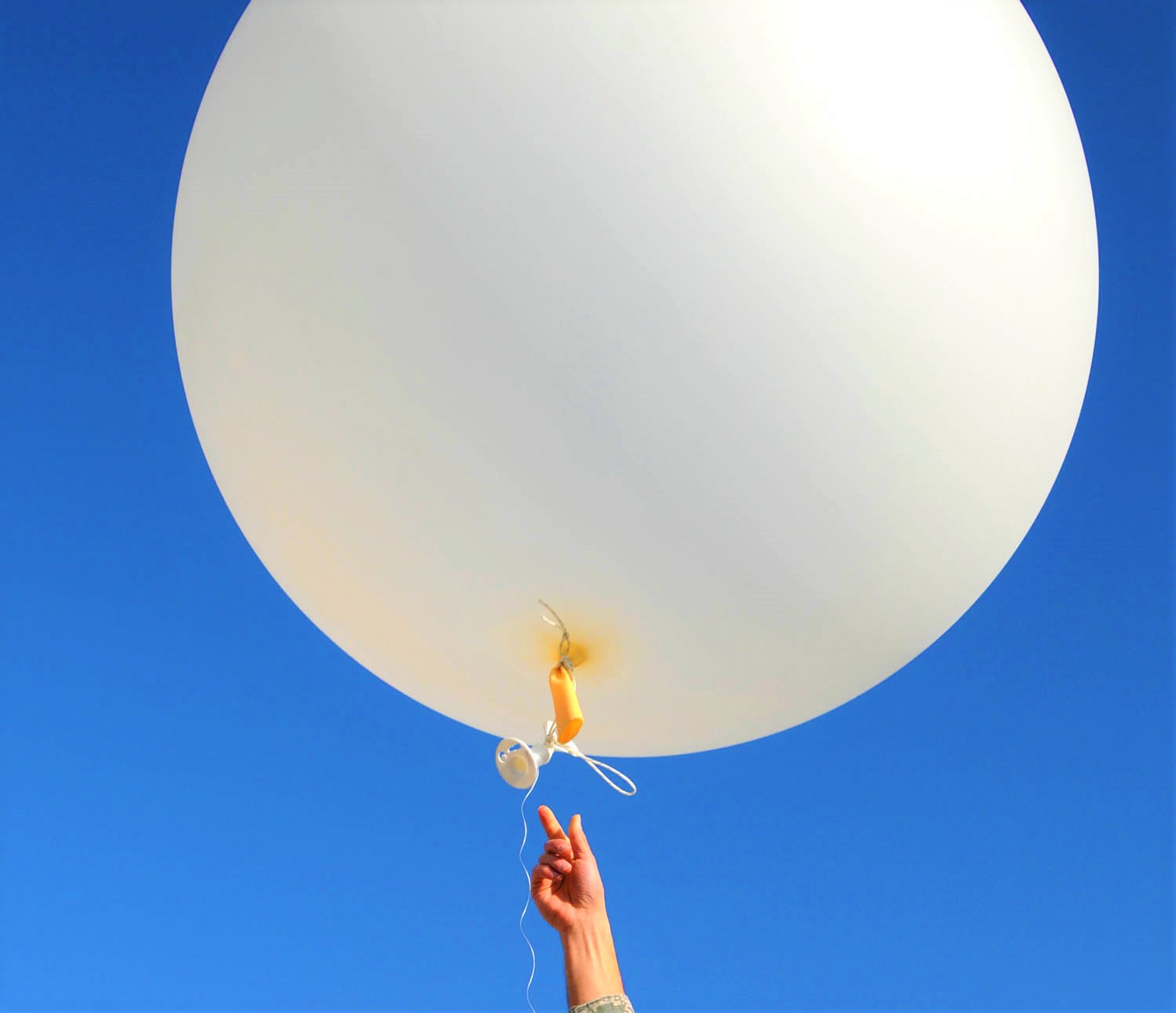 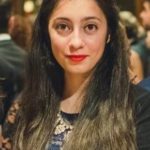 If water vapour is the key greenhouse gas, why are man-made emissions important? (Intermediate)

This work is licensed under a Creative Commons Attribution-NonCommercial-ShareAlike 4.0 International License
0 2
Subscribe Now
Give us Feedback
[caldera_form id="CF59c90c0240779"]