Bored of colouring on plain paper? Then this experiment is right for you! In this experiment, you get to change the petal colours of a flower, into a colour of your choosing.

The main goal of this experiment is to show how plants can take up water from the environment and circulate it throughout the plant.

Stomata
These are pores in the leaf that allow gaseous exchange between oxygen and carbon dioxide. The opening and closing of the stomata is under the control of specialized cells called guard cells.

Xylem
The vascular tissue is responsible for the conduction of water (and dissolved nutrients) from the roots in the soil to the aerial parts of the plant.

Transpiration
The process which allows water to travel up the plant against the action of gravity.

Step 1
Decide what colour you want the flowers to be.

Step 2
Place around 20 drops (or until the water colour is a reasonably strong colour) of food colouring in a jar containing water.

Step 3
Cut the stalk of a white flower such that it fits comfortably in the jar.

Step 4
Leave the flower for a couple of hours or even overnight.

Step 5
Observe the new colour of the flower and the movement of the dye within it.

Be creative and reuse old plastic bottles instead of buying glassware. Don`t forget to recycle them at the end of the experiment!

You might also want to use beakers, test tube or boiling tube instead of a jar.

Make the experiment more fun by placing highlighter fluid in the water to create a magical looking glow in the dark flower.

Using a scalpel, carefully split the stem in two and place each end of the stem in different colours of water. What will happen to the flower?

Be careful when using a scalpel/scissors to cut the stalk of the flower. An adult /demonstrator should preferably cut the flower to prevent any injuries.

Food colouring carries little risk but it does stain so keep tissues close by.
https://www.ncbi.nlm.nih.gov/pmc/articles/PMC2957945/

Plant sap may be an irritant to some people so if it`s the case try using another plant so that the you can still be able to enjoy this fun experiment.
http://www.medscape.com/viewarticle/706404_3 , or if you have sensitive skin use disposable gloves.

Transpiration is the process by which plants take up the water present in the soil and move it up the stem until it eventually reaches the leaves. It is here that the water can move out into the atmosphere again through small openings. This is a necessary process since water (together with the sun) is vital for the plant so it can perform photosynthesis, this allows plants to make up their own food.

To visualize this process imagine a relay race involving a baton. The baton represents the water molecules while the athletes represent the different plant organs. The first athlete (the roots) passes the baton to the next one (the stem) which in turn passes it to the next (the leaves). At the end of the race, the baton then is placed back in its container (back into the environment).

What do you think will happen to the colour of the white flower after some hours in the water-containing food colouring?


Why is the flower taking up the colour of the food colouring?


Why do dark spots develop on the flower petals?


How would you make a multicoloured flower?

What is the structure that water and the dye pass to travel up the plant?

In this experiment, the plant stem was placed in the water containing the food colouring. After some time the coloured solution was then noted to be taken up by the plant. This is due to a pulling force created by a phenomenon known as transpiration.
http://www.markedbyteachers.com/gcse/science/transport-in-flowering-plants-dye-experiment-2-aim-to-find-a-the-tissue-responsible-for-the-transport-of-water-b-the-rate-of-transport-of-water-in-a-leafy-shoot.html

Transpiration is the process by which water first evaporates through the small pores (stomata) present in the leaves and then moves out of the leaf into the atmosphere.

This causes the water molecules to move out of the xylem cells into the inside of the leaf to replace the lost water. This causes a pulling force that is known as capillary action to take place which allows water to move up the plant in a continuous stream.

In our experiment, the food colouring dissolved in the water is also moved through the plant up the stem and into the leaves through transpiration. When the water evaporates and is removed from the leaf’s stomata, the dye is left behind, resulting in a colour change in the leaves.

Transpiration is the process which allows water to travel up the plant against the action of gravity. Water is then lost from the upper parts of the plant by evaporation through the stomata.
http://passel.unl.edu/pages/informationmodule.php?idinformationmodule=1092853841&topicorder=6

Water gets absorbed by the roots from the soil (or in the case of our experiment from the stem) and gets transported to the leaves via the xylem. The roots of plants usually have hair like extensions protruding outwards into the soil. This allows for an increase in the surface area available for water absorption. https://passel.unl.edu/pages/informationmodule.php?idinformationmodule=1092853841

The entrance of carbon dioxide in the leaf through the stomatal pore is necessary for the process of photosynthesis which can be represented by the following equation:

Water evaporates and diffuses out of the leaf’s stomata and into the air. This in turn creates a pulling force, pulling water out of the xylem into the leaf to replace the evaporated water. This forms an unbroken column of water in the xylem vessels of the plant, which moves upwards towards the leaves against the downward force of gravity.

Transpiration also causes the coloured water to travel up into the flower, the water eventually evaporates but the food colouring does not and remains, causing the flower to change coloured.

An innovative way of producing green energy is via the process of transpiration. This is being done using artificial glass leaves in an effort to combat global warming. This technology uses the air bubbles in the water column to generate an electric current which is then harvested.
http://inhabitat.com/fern-power-artificial-glass-leaves-produce-energy-via-transpiration/

Controlling transpiration in a greenhouse allows the air moisture to be controlled. Moisture can present a problem in greenhouses since warm air and the high humidity promotes the growth of pathogenic fungi. This fungi can reduces crop yield. By controlling transpiration levels and improving air circulation within the greenhouse reduced the humidity and can help control the prevalence of these fungal pests.
https://ag.umass.edu/greenhouse-floriculture/fact-sheets/reducing-humidity-in-greenhouse

Increase the temperature and observe as to whether the flower uptakes colour at a faster rate.

Check if the experiment would provide the same results if conducted in a very dark area (inside a cabinet for example).

See if exposure to wind would cause the flower to take up the colour faster. This can easily be demonstrated by placing the plant next to an open window.

Investigate other species of plants having white flowers and see if they uptake colour at a faster or perhaps a slower rate. 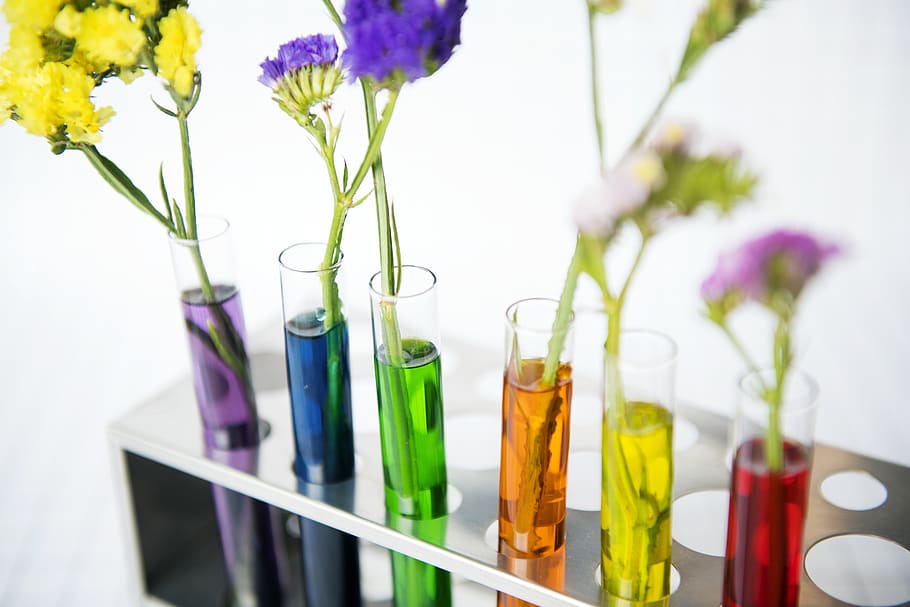 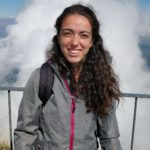 How Plants Can Change Our Climate (Intermediate)

Have you ever wondered what happens to the food you eat when it reaches the stomach? Try out this hands-on experiment to find out!

Clone your favourite plant! Investigate how you can turn cuttings into a new plant through this form of plant reproduction.