A demonstration which shows just how important the interaction between the human mind and a computer is by illustrating the Stroop Effect.

Learn how important the interaction between the computer and the human brain is.

Understand that, when creating graphical user interfaces, computer programmers must visualise the best way to present a program to a human.

Computer program
A type of software that can be run on a computer to aid the user to complete different tasks.

Graphical user interface (GUI)
This term concerns everything that is visible on the display of a computer, from the icons to the mouse pointer. It also encompasses how different graphical items can interact with each other.

Stroop effect
A popular term in psychology which refers to the interference of human reaction time when carrying out a simple task.

Step 1
Write the name of a colour on an A4 paper – the colour of the marker used does not necessarily need to match the name of the colour written down.

Step 2
Hold up the A4 paper, but keep it turned away from the audience. Tell the audience that when you turn around the paper, you would like them to shout out the name of the colour of the marker used to write down the text.

Step 3
Turn the paper around so that the audience can read the word.

Ask the audience if their computers have ever given them any trouble, such as a program not working like it’s supposed to or when the computer pops up windows filled with error messages that they don’t understand. These are examples of interactions between the computer and the user which are not always as straightforward as they could be with better design of the program perfect. This activity starkly illustrates this problem by showing how easily the human mind can incorrectly extract information from a confusing (counter-intuitive) interface.

Why do the participants get confused about what they have to say?
The Stroop Effect.

Do you think developers who create software applications must keep psychology in mind whilst designing the application?
Yes, psychology is important because it affects user interaction with the interface.

How do developers make sure that their programs are easy to use?
Thoughtful design, feedback and quality analysis.

What is an example of the Stroop effect in a real computer interface ?
Having to press ‘Start’ then ‘Shut Down’ on a computer instead of just pressing ‘Shut Down’. Basically, anything which is counter-intuitive and would require the user to think about and plan before taking action.

What kind of problems could the Stroop effect create in a practical situation?
Misjudgement of objects or situations in practical scenarios.

The Stroop effect is an important concept in computer science. Sometimes, a computer can give a user two sets of information when in reality only one set of information is required. For example, when shutting down a computer running on a Windows operating system, it can be confusing for a user to first have to click ‘Start’ and then ‘Shut Down’, because this is a counter-intuitive process. Hence, it is important for the engineers designing these systems to understand how the human brain works and interprets information in order to give the best structure possible to the graphical user interface.

This Stroop experiment highlights the reaction time of the human brain when it is given two or more sets of information and must decide which it will use to complete the current task. Through this test it has been shown that the brain takes a longer time to think when given two sets of information. The original paper by John Ridley Stroop reported that when presented with a series of 1o0 cards with the names of colours printed on them, the average human takes approximately 74.3 % (or 47 seconds) longer to give an answer when the colour of the word printed does not match the colour of the font.

The original paper also gives alternatives of how the test could be run as well as how calculations can be made – by firstly running a blank (when the colour of the word printed is the same colour of the font) and then running the test with the font colour different to that of the printed word.

This leads to the relation between the Stroop effect and computer science. Designing an application is always a tedious process for the developer, especially when they are unable to decide how to design a certain icon or function. They should not implement something stemming from personal preference since this introduces personal bias, but they should definitely take feedback from colleagues and other professionals, such as other designers and potential users. This helps to reduce issues of poor design which can exacerbate the Stroop effect.

For similar reasons, it is of utmost importance for software developers and designers to test their designs and applications using a user acceptance test (UAT) process. UAT is a process where users run an application in order to test its functionalities and provide feedback to the software developers. Thus, changes can be made in order to improve the product and make it more successful.

The following link gives some tips regarding principles of UI design in applications.

The Stroop effect is not only used in computer science. Stroop experiments are carried out in order to investigate disorders such as ADHD, sleeping disorders, schizophrenia and anorexia.

Research
The test is being used on individuals of different ages to investigate the how the brain behaves when reasoning, thinking and staying attentive, amongst other core skills. The study is also being used to investigate whether certain activities can have negative influences on the human mind.

European Research – A research project which ran from 2012-2017 had the goal of creating an easier way for humans to draw three dimensional shapes on a computer interface. These shapes could be static, meaning their shape never changes, or dynamic, meaning their shape can change. The project aimed to produce a digital dynamic tool which would enable the user to create and refine these shapes. The tool was designed to be more effective and expressive to use than a traditional pen. The design process of this tool involved viewing the project not merely from a computer graphics point of view, but also factoring in aspects of geometry, computer simulation and human-computer interaction. This ensured a level of user-friendliness which meant that the the tool could be easily used not only by scientists and engineers but by anyone interested in it. 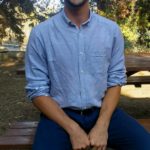 What is the Stroop Effect

The Stroop Effect – How it Works and Why (Beginner)

Classics in the History of Psychology (Advanced)

A fun and easy activity to introduce general programming concepts and to help anyone understand what an algorithm is using just graph paper and markers.

What is image compression? Learn how binary numbers can be used to create and send graphical images over computer networks.

This activity can be used to demonstrate the basic concepts of computer networks and explain how messages are relayed from one computer to another.

Discover how tilt sensors work by building your own circuit using an Arduino board. Learn the science behind these nifty sensors. Starter code available.

In this activity, the programming concept of looping is introduced through a basic dancing routine.