Understanding the concept of pressure, particularly the relationship between pressure, area and force.

Bed of nails
A piece of wood with nails driven through it such that the sharp end of the nail protrudes upwards.

Pressure
Pressure (P) is defined as the force per unit area, mathematically calculated by the equation:

Step 1
Take one of the wooden boards and drill 98 holes for the nails to be pushed through later on.

Step 2
Drill two larger holes on opposite sides of the wooden board, close to the edges, and glue the wooden dowels in the holes.

Step 3
On the other wooden board drill two holes matching the positions of the dowels attached to the first board such that the board can slide along the dowels.

Step 4
Insert the nails through the 98 holes in the board at the bottom and make sure they are all level.

Step 5
Place a balloon between the bed of nails and the upper wooden board and apply some pressure to the top board.

Step 6
Demonstrate that a large force needs to be applied in order to pop the balloon.

Pressure depends on force and area. By increasing the number of nails, what is changing?
The area.

Pressure depends on force and area. By pressing harder on the balloon, what is changing?
The force.

Does increasing the force on the balloon increase or decrease the pressure?
Increase.

Are the nails sharp enough to burst the balloon?
Yes, this can be demonstrated by easily popping a balloon using one nail.

Why is it hard to pop the balloon on the bed of nails?
The force applied is distributed over a larger surface area, thus reducing the pressure on the balloon.

Will the balloon eventually pop on the bed of nails?
Of course, but significant pressure is required. Pressure is increased by increasing the applied force.

The pressure exerted can be described by the equation:

where P is the pressure, F is the force applied and A is the area.

Equation [1] implies that for a constant area, pressure is directly proportional to the force applied meaning that the harder the balloon is pushed down, the higher the pressure exerted on the balloon from the nails.

Applications
The relationship between pressure, force and area is used in many different applications. For example, needles used to inject drugs into the human body have a very small area so that they can puncture the skin with ease. Conversely, a snowshoe is designed to increase the surface area in contact with the ground. This reduces the pressure and makes it easier to walk on soft snow.

Research
The concept of pressure is fundamental in architecture and civil engineering. The foundations of a building experience intense pressure for prolonged periods of time, but must remain safe and structurally sound in order to support a building throughout its lifetime. There is ongoing research to optimise and improve building foundations and thus avoid faults developing over the years.

Altering the number of nails used varies the effective area over which the force is exerted on the balloon. An investigation could be carried out by applying a constant weight on the balloon and finding out the minimum number of nails required to make the balloon pop. This can be done by placing a fixed weight on the wooden board, say two heavy books or a known weight, and removing nails one at a time from the bed. In each test a nail would be systematically removed from the board, and the weight then placed on the board.

In this investigation more than one balloon is needed and so it is important to use the same type of balloons. The balloons should also be inflated with the same amount of air.

Besides varying the number of nails, the experiment could be performed using nails of different sizes. 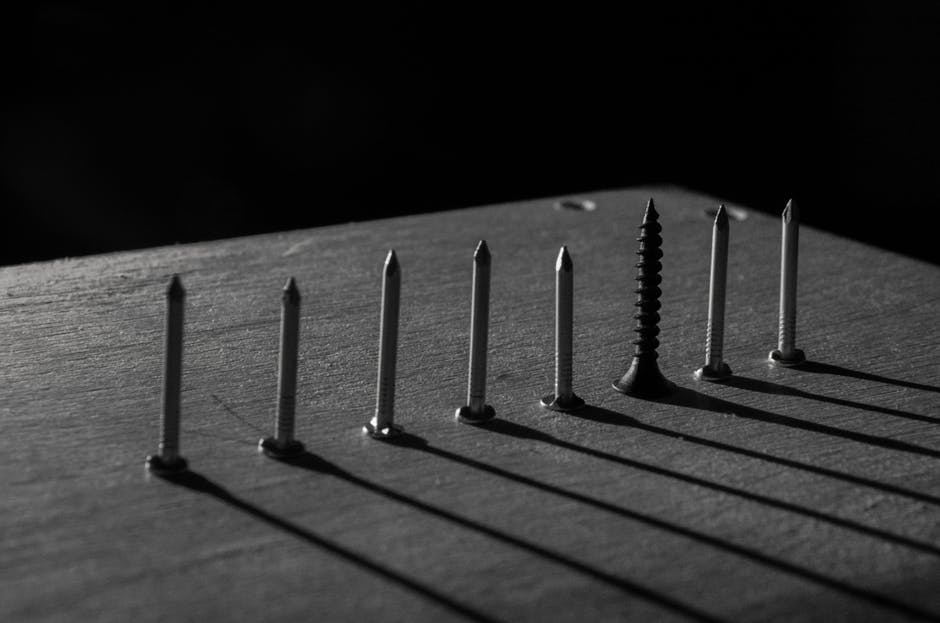 This work is licensed under a Creative Commons Attribution-NonCommercial-ShareAlike 4.0 International License
8 2
Subscribe Now
Give us Feedback
[caldera_form id="CF59c90c0240779"]

Build a simple suspension bridge model. Understand the forces acting on a bridge and its special structural elements. A fun activity for young engineers.

What are electromagnets and why do we use them? Discover the physics of electromagnetism by turning a nail into a magnet using simple, household materials.

Discover the physics of fluids by using air to levitate a ping pong ball in midair.