Understanding the operation of an RGB LED.

Implementing and debugging a microcontroller system which can control an LED.

Familiarization with the coding structure used to program a microcontroller.

Duty Cycle
The ratio of the ‘high’ time to a ‘low’ time in a PWM wave.

Forward Voltage
The voltage drop across the LED when it switches on.

Function
A sub-program which executes a particular function. It can be called by the main function or another function.

Lead
Leads are short metal wires extending out from electronic components which allow them to be plugged into a breadboard.

Modular Programming
A programming method in which a program is divided into a number of functions, with each function performing a specific task.

Polarised Device
An electrical device which only allows current flow in a single direction.

Pulse Width Modulation (PWM)
A method of varying the output power from a microcontroller pin by outputting a square wave with a varying duty cycle.

Step 1
Assemble the circuit according to the Fritzing diagram in Figure x. The RGB LED is a polarized device which can only be connected in one direction. If it is not connected as shown in the diagram the circuit will not work as expected and the LED may get damaged. The cathode terminal must be connected as described in the table. Consult the manufacturer’s datasheet for the pin-out diagram.

Step 2
Launch the Arduino IDE software on the computer. Follow the link for the initial setup for first-time users.

Step 3
Paste the code into a sketch within the Arduino IDE.

Step 4
Connect the Arduino Board to the computer via the USB cable. It is advisable to unplug the laptop from it’s charger before starting the experiment – a connection to the mains power line can affect the stability of the circuit. Place the Arduino board on a non-conductive surface such as glass, wood or plastic to prevent current conduction through the surface which can damage the board.

Step 7
After dismantling, store the Arduino board in an antistatic bag to prevent damage due to electrostatic discharge.

Imagine three bulbs on a ceiling.  One is red, one is green and the other is blue. Now, imagine that each light is controlled by a  switch on the wall. By turning the switches on or off you can switch on or off any light at full brightness. This is what is happening in the mainColors() function: when the output pin associated with a certain colour outputs a logic ‘high’ that bulb is switched on, when the pin output a logic ‘low’, the bulb is switched off.

Now, imagine the same three-bulb scenario, but now each light can be controlled by a dimmer switch. The brightness of each bulb can be varied from the off state to the fully bright state. Thus, you can control the effect of each bulb on the final, mixed colour. This is what happens in the showSpectrum() function. The PWM function on the output pin acts as the dimmer switch. The larger the duty cycle value, the brighter the colour shines until a value of 255 is reached, which corresponds to full brightness. Conversely, the smaller the duty cycle value, the dimmer the colour becomes, until a duty cycle of 0 is reached, which corresponds to the LED being supplied no power (fully off).

How does PWM work?
It varies the power output at the pin.

How is the brightness varied?
Increasing current increases brightness.

Why do we need the resistors?
To limit the current in the LED.

How is a colour ‘switched off’?
Voltage across the colour is lower than forward voltage.

The RGB LED has three tiny red, green and blue LEDs within it. Each LED has two leads. The cathode leads of the devices are connected at the common terminal. The remaining three leads are the anodes of each colour.  The voltage across an LED of a given colour, Vc, is:

Where Vpin is the voltage on the colour pin and Vcathode is the cathode voltage. In this case Vcathode = 0V. Therefore:

Each colour has a special forward voltage. When Vc exceeds this voltage, the LED of that colour switches on.

Modular programming should be used when dealing with microcontrollers. In this approach a number of sub- functions are called by the main function. This ensures that program flow remains simple and makes code easier to debug. The sketch (code) is split into two distinct parts. In the first part, a number of functions are called. In the second part, these functions are defined. This is a modular structure.

The RGB common cathode has 4 leads: 3 anode leads, one for each colour component and one common cathode for all three LEDS. Each colour has a characteristic forward voltage. The forward voltage drop is the voltage across the LED when it conducts electricity. In this condition, the current passes through the LED and the diode is illuminated. The LED is a current controlled device- the brightness of a given colour is directly proportional to the current passing through the LED.

Where Vpin is the voltage on the colour pin and Vcathode is the cathode voltage. In this case Vcathode = 0 V. Therefore:

When Vc  is below the characteristic forward voltage of the colour, VF, the colour will be turned off or be very dim. When Vc = VF operation surpasses the knee of the characteristic and the LED illuminates brightly. Beyond this point a small change in voltage corresponds to a large growth in current.

The 330Ω resistors perform a current limiting function. They prevent the LED from draining too much current from the microcontroller and exceeding the current sourcing capabilities of the output pin. Exceeding the maximum rated current output can lead to possible burnout of the LED, pin and/or chip.

Notes on the code:

The analogWrite function was used for colour mixing in the showRGB function. The analogWrite function controls the pulse width modulation (PWM) output on the microcontroller pins. It passes two values: analogWrite(pin, value), where pin is the pin number and value refers to duty cycle (d.c.). A value of 0 corresponds to the pin fully off (d.c. = 0) while a value of 255 corresponds to the pin being fully on (d.c. = 1).

The 1000ms delays enable the user to observe the colour changes. Without this delay, the changes would occur at the clock speed of the microcontroller, which is too fast for the human eye to perceive.

Applications
Microcontrollers are used in a wide range of applications. They are used to control alternative energy systems to maximise energy generation and reduce waste. They are also used in automotive electronics and consumer electronics including televisions, microwaves and washing machines, particularly for automated processes.

The microcontroller model chosen depends on the application. When choosing a microcontroller its specifications needs to be considered. These include accuracy, precision, dimensions, word size, memory, ADC/DAC capabilities, number of pins, EMI immunity, power consumption and cost.

Research
Microcontrollers are often used in sensor systems. A recent project focused on using a microcontroller in an air pollution monitoring system which can be used by local authorities, companies or individuals. In this system a microcontroller received inputs from 4 analogue chemical sensors and external sensors for temperature, humidity and pressure. The microcontroller processes the input signals, formats them and transmits them to an external control board. 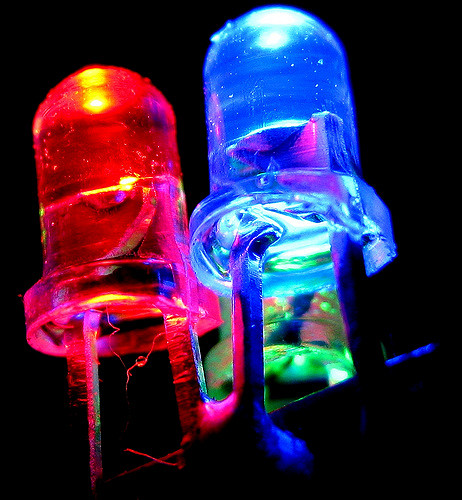 Computer with Arduino IDE software installed. To download the software

USB cable to connect the Arduino Board to the computer 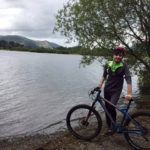 10 Steps to Selecting a Microcontoller

10 Steps to Selecting a Microcontoller

25 Microchips That Shook the World

What is a Microcontroller?

Discover the physics of fluids by using air to levitate a ping pong ball in midair.

Discover which materials make the best insulators for the home. Learn the basics of thermal physics and solar heating through this interactive investigation.

A fun and easy activity to introduce general programming concepts and to help anyone understand what an algorithm is using just graph paper and markers.